The Real Life Fairytale of Saint-Louis 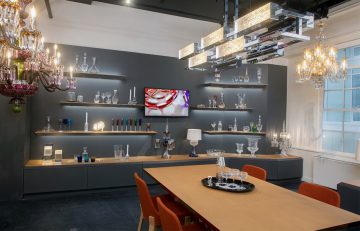 In the time of Kings and Queens, Knights and Royal Courts, Saint-Louis existed, too. Originating in 1586 from Saint-Louis lès bitches, a small village located in the Moselle region of Northeastern France, the glassware company was born, later becoming a haute cristallerie. Surrounded by the natural resources that produce Saint-Louis pieces, the glassmakers naturally stayed […]